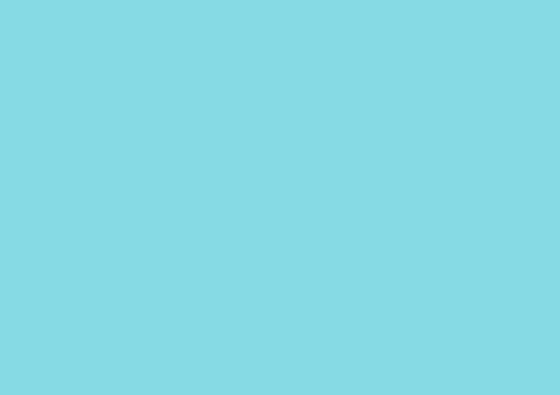 Chairman, Board of Directors of Coastline Microfinance Bank Limited

Dr Omawumi Evelyn Atsiangbe – Urhobo was born in Warri Delta State in November, 1952. She attended the prestigious Hussey College, Warri and obtained her O’Levels and A’Levels education in 1971. She holds a Bsc (Hons) Degree in Sociology from the University of Lagos in 1975 and a Masters Degree (MSC) in Corporate Governance from Leeds Metropolitan University, Leeds, United Kingdom.

Dr. Urhobo has an Honorary Doctorate Degree in Public Administration from the Evangel Christian University Mouri, USA. She also has an Advanced Certificate in Management from the Administrative Staff College Topo, Badagry, and a Certificate in Mediation and Conciliation from the Institute of Chartered Mediation and Conciliation (ICMC). She has attended several training courses which include training at the CEDPA Centre for Women in Management in Washington DC.; Harvard Business School in Boston Massachusetts, the Fuqua Business School Duke University in Durham North Carolina; Lagos Business School, Lagos State and also a  Certificate in Strategic Thinking and Gender Equity Planning from IPC in the United Kingdom.

She worked with the International University Exchange Fund an international NGO based in Geneva Switzerland as the Nigerian Coordinator and Student Counsellor to over 500 South African, Zimbabweans and Namibian Students studying in Nigeria during the period of the anti-apartheid struggle in Southern Africa. She later re-joined the Federal Public Service in 1982 where she served meritoriously in different capacities and parastatals amongst which is the Delta State Coordinator of the Niger Delta Development Commission (NDDC) until her retirement in 2012 as a Director.

She is the Chairman, Board of Directors of Coastline Microfinance Bank Limited and is also the President and CEO of the Morgan Smart Development Foundation established in 2002 in memory of her late father as an NGO working in the Niger Delta area of Nigeria for the economic empowerment of poor women and youths through capacity building, skill acquisition, income generation and micro credit support; she has addressed a United States Congress Briefing on “The Role of Women in Strengthening Global Economy sponsored by three (3) American Congresswomen – Yvette D. Clarke, Gwen Moore and Jan Shakoweki.

Dr. Urhobo is a member of the Advisory Board of the National Stability and Reconciliation Program (NSRP) run by the British Council and sponsored by DFID. She is a devout Christian of the Anglican Communion where she serves on different Committees.

She has received a plethora of awards for her distinguished service to humanity amongst which are the African Icon of our Generation Award 2007 bestowed in recognition of her exemplary life of excellence presented by International Institute of Comparative Leadership for Africans and Blacks in Diaspora and Accolade Communications in 2008 and award as A Trustee of the Conflict and Reconciliation Foundation.

Dr. Omawumi Evelyn Urhobo is blessed with two biological children and many fostered ones under her loving care.

She is a seasoned Investment Lawyer, from the Warri North Local Government Area of Delta State. She graduated with a Second Class Honours (Upper Division) Bachelors Degree in Law (L.L.B) from the University of Nigeria, Enugu Campus and a Masters Degree also in Law, from the University of Lagos.  She was called to the Nigerian Bar in 1979. After her National Youth Service at the Kano State Ministry of Justice, she joined the Nigerian Industrial Development Bank Ltd, (NIDB) now Bank of Industry Limited (BOI).  She rose to the position of Company Secretary of NIDB Trustees Ltd (BOI Trustees Ltd) before disengaging from the Bank.

She commenced active Legal Practice specializing in Secured Credit Transactions, Corporate and Commercial Law and International Business Transactions.  In her work as a Legal Practitioner, she has had the opportunity to represent many Clients in the Superior Courts of Record.

She was a Commissioner in the Delta State House of Assembly Service Commission.

she is a Fellow of Institute of Directors (IOD) Nigeria.

Apart from being a Director on the Board of Coastline Micro – Finance Bank Limited, she is also a Director in Lafarge Africa Plc, (the Nigerian subsidiary of the foremost cement Company in the World) and St Timothy’s Catholic Hospital, Ojodu, Lagos. She was a member of the Statutory Audit Committee of Union Home Savings and Loans Plc, a subsidiary of Union Bank Plc, from 2009 to 2014. She is an active member of the Soroptimist International where she has served in many positions.

She is currently the Extension and Membership Officer for Soroptimist International West and Central Africa Region.

She is a member of the Society for Corporate Governance.

She had an alpha performance in the Fiduciary Awareness Certification Test (F.A.C.T) of the Corporate Governance Rating Systems which she took on 17th December 2015. The test is a requirement of the Nigerian Stock Exchange, taken by Directors of listed companies which want their stocks on the preferred list.

She has attended many Courses and Training Programmes both within and outside Nigeria. She is married with children and widely travelled.

Mr. Jimoh Oma Egbejule was born on October 7th 1957 to the family of Mr and Mrs Anthony Egbejule of Ugbuwangue Village in Warri South Local Government Area in Delta State.

Mr. Egbejule started his early education in Okere Union School, Warri and proceeded to Hussey College, Warri where he obtained General Certificate of Education in 1974.He attended the Institute of Continuing Education, Benin, City and obtained his West African School Certificate (WASC) in 1976. He attended Auchi Polytechnic, Auchi from 1978 to 1982 where he earned himself both Ordinary National Diploma (OND) and Higher National Diploma (HND) in Accountancy respectively.

Mr Egbejule, Jimoh Oma became a member of ACA in 1991; also a member of the Nigerian Institute of Management (MNIM) and became a Fellow of the Institute Chartered Accountant of Nigeria (FCA) in 2005.

He has worked in the private and public sector; as a Youth Corper, he served with the Investment & Credit Corporation of Oyo State in Ibadan between 1982—1983; also, he worked in V.O. Odiase & Co. (Chartered Accountants), Lagos as Audit Semi Senior from 1983 – 1985 and thereafter worked with the Ibru Organization as an Accountant between 1985 -1988.

He was the Accountant 1 at the University of Benin between 1988 – 1989 and then moved to Life Flour Mill Limited Sapele as a Project Accountant and later rose to the position of Assistant Chief Accountant in 1991 before he left in 1993 and joined the defunct Oil Mineral Producing Area Development Commission (OMPADEC) where he served in various capacities as Project Manager; Head of the State Office in Asaba, Delta State and in 1998 he was posted to the Abuja Liaison Office of OMPADEC before he was redeployed to the Headquarters in Port Harcourt in 2000.

Mr. Egbejule became a part of the NDDC (Niger Delta Development Commission) after its transition from OMPADEC in the year 2000. He rose through the ranks from the position of Manager through Principal Manager and Assistant Director before he was appointed Acting Director Finance and Supply in 2009 and was later confirmed Director in 2012 which he is now retired with integrity intact.

He is married to the wife of his youth, Mrs. Josephine Egbejule, who they both weathered the storm of life together and the marriage is blessed with 4 children and grandchildren.

Mr. Atsiangbe Samuel is a retired Assistant Deputy Director, Central Bank of Nigeria.   He is a Chartered accountant with the Institute        of Chartered Accountants of Nigeria     (ICAN). He has brought his wealth of experience to bear on the board.

She is a microfinance certified Banker with over 9 years working experience which cut across all spheres of banking (wholesale and Retail) investment and financial services, credit portfolio management, operations and advisory services. She is currently the Managing Director of Coastline Microfinance Bank Limited.

Miss Shirley Urhobo-Enebong holds a B.Sc in Architecture from Ahmadu Bello University, Zaria, Nigeria in 2005 and a Diploma in filmmaking from New York Film Academy (2013). She has attended several training including CBN Certification Programme for non-executive Directors of Microfinance Banks in June, 2012.

She is a prolific Filmmaker, Production Designer and Freelance Graphic designer. She is currently the Creative Director for S & S Creative Media Company, dedicated to production of live shows, Film, TV and Web Media Content. She worked as a Customer Service Representative for RBS Group, Cardiff in 2007 and for First Plus Financial Group, Cardiff in 2008 as Responsible Lending Executive.

She definitely has come with her wealth of experience to bear on the Board of the Bank.

Sir Ono David Ideh started his early education from Government College, Ughelli, Nigeria, where he obtained both his Secondary (High) School Certificate (Division One) in 1966 and a Higher School Certificate in 1968. He proceeded to the University of Lagos, Akoka, Lagos, Nigeria, and obtained a Bachelors of Science (Accounting) First Class Honours. In 1972; He also attended the prestigious Northwestern University J.K. Kellog School of Management, Evanston, Illinois USA where he obtained an MBA Master of Management in Accounting and Information Systems in 1974